The Native American Graves Protection and Repatriation Act (NAGPRA) databases list more than 7 million Culturally Unidentifiable Inventoried (CUI) Native American remains of our ancestors that have been unearthed over the years and are kept in “collections” by universities, museums, and federal and state departments.  This has happened in a country where it is against the law to disturb a human grave.

As of 2015, the remains of 3,454 ancestors were removed from our Texas sacred grounds.  Over 2,400 of those ancestors are at UT-Austin. The Miakan-Garza tribe is seeking three of those remains for reburial. “Our obligation, as native people, as Texas Indians, is to obtain possession of these ancestral remains and rebury them as close as possible to where they were unearthed.” — Dr. Mario Garza

UT ISSUED DENIAL OF REQUEST TO REBURY ANCESTORS:
On June 3, 2020, UT denied the tribe’s request to rebury their ancestors.  The Miakan-Garza appealed to President Jay Harzell to overturn this decision and gave him until August 17th to respond. No response was received. On August 20th the tribe issued a press release targeting the university’s unwillingness to turn over the ancestors for reburial. September 7th, the community gathered and united with the UT students to launch a campaign for the ancestors’ release.

ABOVE VIDEO: Dr. Mario Garza, Cultural Preservation Officer for the Miakan-Garza Band of the Coahuiltecan people and Maria Rocha, Executive Director of the Indigenous Cultures Institute spoke to the UT Student Government Assembly on September 8, 2020 about the four-year struggle to retrieve three ancestral remains from the University of Texas for reburial.

Over a four-year period from the Miakan-Garza’s initial request for three ancestral remains, there were a series of delays and lack of communication on the part of UT including promises for responses that were not forthcoming. In the June 3, 2020 UT letter of denial, the university stated that it was unable to identify a shared group identity between the remains and the Miakan-Garza tribe. This was despite the fact that the tribe submitted the same  documentation of “reasonable relationship” (according to NAGPRA guidelines) that was previously accepted by Texas State University, the Native American Graves Protection and Repatriation Act (NAGPRA) Review Committee, and the U.S. Secretary of the Interior, in a previous case where the tribe had received ancestral remains. Despite a promise from U.T. President Hartzell on September 25, 2020 that our ancestors would be “promptly” reburied, as of August 2022, the three requested ancestors’ remains have not been returned for reburial.

On September 7th the community and UT students launched a campaign for the return of the ancestors. They held a demonstration and teach-in at the J.J. Pickle campus where all of the ancestors are warehoused. The students mobilized a campus wide petition, and the UT Student Government Assembly asked the Miakan-Garza elders to speak to their group. KUT Radio, The Daily Texan, and Drift Magazine ran articles exposing the injustice, and KXAN and Spectrum News ran news reports on the UT denial of the ancestors.

Eighteen days later on September 25th the Student Senate invited the Indigenous students to speak before President Jay Hartzell at their morning meeting. Nine students delivered heart rending testimonials about their difficult experiences at UT including the disrespect of their ancestors’ remains.
The audio recording of the meeting is below, and includes some serious misinformation presented at the beginning by Vice President for Legal Affairs James E. Davis.

On the afternoon of September 25th President Hartzell emailed a letter to the Miakan-Garza Band promising “to offer the remains promptly for reburial.”
CLICK on letter below to enlarge.

During the September 25th meeting, UT Vice President for Legal Affairs James E. Davis told the students that NAGPRA was “intended to provide repatriation of remains to legal descendants of those remains and it’s really particular about not getting that wrong.“  This is incorrect.

There is no such thing as “legal descendants,” which implies that there are legal standards that must be met. NAGPRA only requires “reasonable relationship” and states that cultural affiliation can be proven with multiple lines of evidence including geographical, kinship, biological, archaeological, linguistic, folkloric, oral tradition, historical, or other information.

Davis also stated that two tribes objected “to delivering the remains to the Miakan-Garza Band because they claim there’s not enough of a lineal relationship between that band and these [remains].” This is incorrect.

The letters from these two tribes state that they object to consultation with the Miakan-Garza Band because it is not a federally recognized tribe – it is only recognized by the Texas legislature. The tribes did NOT object to the Miakan-Garza Band receiving the remains and did NOT state that the Miakan-Garza did not have a lineal relationship.  Additionally, it is not up to any tribe to determine any other tribe’s lineal descendants. According to NAGPRA, it is the institution that determines lineal descendance and these institutions are notorious for denying tribal documentation in order to keep the ancestors forever.
Below are the three letters received from the Alabama Coushatta and Caddo tribes. CLICK on letter below to enlarge. 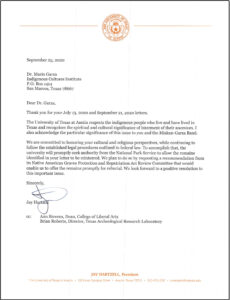 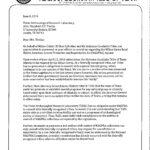 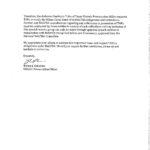 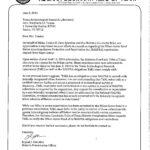 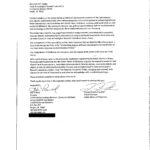 On October 2, 2020, UT-Legal sent a letter to the NAGPRA staff seeking guidance on “how to reinter three sets of culturally unidentifiable
prehistoric human remains currently under the control of the Texas Archeological Research Laboratory (“TARL”) at The University of Texas at Austin.” 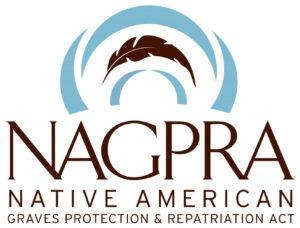 In his October 2nd letter to NAGPRA staff, UT Vice President for Legal Affairs James E. Davis states that “TARL provided notice to all Indian Tribes or Native Hawaiian Organizations with a possible tribal land or aboriginal land affiliation and no group has claimed the remains.” This is incorrect.

The Miakan-Garza Band requested the remains in a letter dated March 4, 2016.

The NAGPRA staff asked UT-Legal to clarify their request which may have been filed under the incorrect section of NAGPRA law. When UT-Legal responds, NAGPRA will proceed to process UT’s request to reinter the remains itself. At this point, the Miakan-Garza tribe has not been consulted by UT on the final disposition of the ancestors – whether the tribe will be allowed to reinter the ancestors or if UT intends to rebury the remains without ceremony or somewhere far from the burial homeland.

In December 2011 Texas State University unearthed the remains of a 25-year-old man buried over 1,200 years ago. The remains had been buried near what is now the Meadows Center ticket booth, close to the shores of the Sacred Springs in Spring Lake, San Marcos, Texas. The body had been deliberately and lovingly buried in the fetal position, with the head facing east, and a ring of rocks circling the grave.

Texas State University and the Miakan-Garza Band went through the process established by the federal Native American Graves Protection and Repatriation Act in order to transfer the remains to the tribe for reburial. On March 24, 2016 Texas State University gave the remains to the Miakan-Garza for reburial. The following week on April 2 – 3, the tribe conducted an all-night Coahuiltecan repatriation ceremony (photo left), but were unable to bury the remains immediately.

On September 6, 2016 the City of San Marcos executed a memo of understanding with the Indigenous Cultures Institute, acting on behalf of the Miakan-Garza Band of the Coahuiltecan people, establishing the first Texas city repatriation burial ground. The burial site was specifically designated for ancient Native American remains unearthed from Hays County. On November 11, 2016, the reburial ground, with a majestic, rounded, wrought iron fence contributed by Texas State University, was ready for the first repatriation ceremony which was conducted on May 6, 2017. (photo left.)  The second repatriation of six remains, conducted by Texas State University took place on March 14, 2020. On March 27, 2022, four additional ancestors were reburied for a total of eleven ancestors who have been repatriated.